The Documentary, Dosed, Overdoses On an Easy Fix 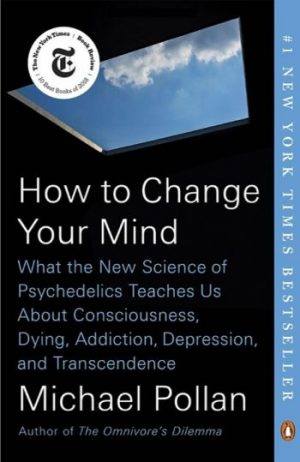 Since the publication of Michael Pollan’s 2018 bestselling book, How to Change Your Mind, interest in psychedelic treatments for a wide range of behavioral health problems, including addiction, have surged; for a good reason. Outcomes from research studies show that plant-based medicine may be among the most safe, efficacious, and fast-working interventions for healing mental health and addictive disorders.

In Pollan’s New York Times May 2019 opinion piece, Not So Fast on Psychedelic Mushrooms, he expresses his growing concern about the general public’s lack of deliberation stating, “Whether in pre-Conquest South or Central America (where psilocybin has been used for centuries), or Ancient Greece, psychedelic substances were always approached with deliberateness and care. For the most part, the substances were not taken alone but usually in a group under the direction of an elder or shaman familiar with the mental territory, and they were used only on certain occasions, surrounded by ritual and with a clear intention. There was nothing casual about it.”

He and experienced professionals are warning us to not take a casual and cavalier approach to use of psychedelics, which unfortunately is what the Dosed documentary, does.  It’s a 2019 film that was touring sold out shows around the world before COVID about the journey of one woman (Adrianne) struggling with an opioid use disorder on the streets of Vancouver, Canada. She gets to a place of abstinence with the help of plant-based medicine and the support of concerned friends. The show has won significant accolades, including Best Documentary at the Santa Cruz, Melbourne, Knoxville and Syracuse film festivals. The popular Internet Movie Database (IMDb) shows a user-rating score of 8.8/10 (at the time of this writing).

If you are interested in drama, entertainment, witnessing serious suffering and pain, have an interest in psychedelics, or like to watch movies that have a feel-good ending, then look no further, Dosed is your movie. But if you want to better understand addiction and how to help those who suffer, this movie has serious flaws.

Adrianne is a young white female on the verge of suicide after years of battling an opioid use disorder, when her movie-making friends step in to save her life. We are privy to few details of her past treatment episodes, other than the idea that traditional interventions have failed her. The storyline follows her use of psychedelics as an alternative path to recovery.

So, Adrianne’s motivation to try plant-based medicine given her struggles with anxiety, depression, and ongoing use of opioids makes complete sense. Unfortunately, her journey with psychedelics begins with little preparation, no formal evaluation of the benefits and risks, no experienced guide, and her filmmaker friends rolling the cameras in anticipation of some interesting footage.

Significant research confirms that the most important ingredients for safe and productive plant-based journeys are set, setting, and dose. Set refers to the state of mind of the person, including knowledge of the medicine, past experiences, mood and expectations. In clinical settings, this includes a formal assessment where benefits are optimized, and risks minimized. Setting is the physical and social environment where the journey takes place, including whether it’s indoors or outdoors, alone or with others, and tools used along a journey such as music, eyeshades, and blankets. These factors and the confidence in a guide to create and hold a warm, comfortable, and safe space is hugely significant to supporting a positive healing journey as one’s ego defenses may be stripped away, possibly exposing some earlier life traumas to work through.

In the movie, it appears that few of these things were considered when Adrianne takes her first dose of mushrooms. The danger here, is that those struggling with addiction and uneducated about plant-based medicine, see a movie and decide to follow suit. Also, it’s important that the user understand that the drug is not the sole healing agent. Multiple factors of support are equally, if not more important.

While Adrianne has a positive experience from her first journey, it’s not enough to stop her from abusing opioids. What follows is a painful rollercoaster of additional psychedelic trips, relapses, detoxifications, and hospital visits that eventually lead her to a shamanic healing center specializing in the use of the psychedelic, ibogaine. She is told all other interventions pale in comparison to the power of iboga, the plant source for ibogaine which comes mostly from a few countries in West Africa. Here again, the movie skews the benefits and fails to offer facts about risks, including the potential for death in those with pre-existing cardiac conditions. 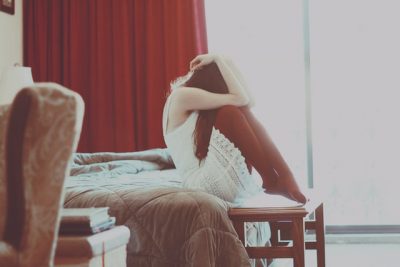 Although she is told to reduce her level of opiates before taking part in the ibogaine ceremony, she lies about her continued high use and does it anyway. The outcomes are disturbing to watch, despite house staff saying her regressed childlike behaviors are part of the process. Additionally, it’s even more uncomfortable watching a mostly male treatment team care for a single, vulnerable, and attractive woman who spends much of her time in bed in a regressed state. While she reports early in the movie a positive childhood with no identifiable traumas leading to her addiction, later the film hints that she likely has some history of abuse.

After multiple ibogaine doses and continued use of psychedelics, we arrive at her one-year abstinence birthday from opiates where she has much to celebrate. In being taken along through her painful journey, we come to honor her tenacious fight for life, and willingness to bare her soul for the benefit of others struggling with addiction.

At the same time, the moviemaker’s ignorance about addiction and evidence-based treatment have produced an award-winning documentary that may be doing more harm than good.

There are a lot of evidence-based studies that can help people make an informed decision about which plant-based medicine is right for them. Addiction is a problem that requires interventions beyond just un-hijacking the brain from drug abuse. Over 80% of those who go down the path of addiction do so prior to the age of 15, and 90% prior to the age of 20. For most, addiction is a problem born in adolescence from a host of risk factors: genetics, attachment disturbances, adverse childhood experiences, trauma, co-occurring disorders and other societal, cultural and environmental factors. Long-term abstinence from opioids (and all addictions) require significant work with the support of a community and trained professionals addressing these roots, otherwise the brain remains at risk for relapse. Yet the movie completely ignores this critical piece of the treatment puzzle.

The emerging use of psychedelics is long overdue, and there is little doubt they will become a legal and important tool in the arsenal against behavioral health challenges, including addiction, in the very near future. But their use must be embedded within the larger context of the science of treatment. While Dosed is a very engaging movie, if your intent is to find a magic bullet out of addiction, there isn’t one. If you are struggling with addiction and considering psychedelics, we urge you to take your time, do your homework, and consult with people who are trained in addressing the full complexities of addiction, including trauma. If you decide to go forward, be sure to work with a thoughtful, knowledgeable, and caring guide that doesn’t believe in easy fixes. Also, know there are currently people in the therapy field who specialize in getting people ready for these experiences, and helping them integrate the experience into long-lasting change.

It’s the wild, wild west of psychedelics at the moment. Go slowly.